A longstanding partner of Henderson’s, Hancock brings more than 33 years of experience to the role 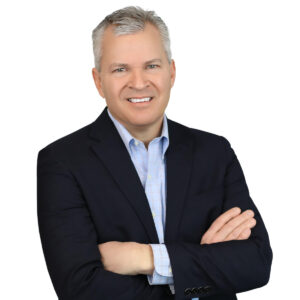 LENEXA, Kan. – Henderson Building Solutions is proud to announce the hiring of AEC-industry veteran Steve Hancock as the company’s new Managing Director. A longstanding partner of Henderson’s, Hancock brings more than 33 years of experience to the role, including nearly 15 years as a vice president at U.S. Engineering.

Hancock will eventually assume operations of Henderson Building Solutions from David DeBiasse, the organization’s general manager. The two plan to work side-by-side over the next year to facilitate a seamless leadership transition at the end of 2021. DeBiasse will remain part of Henderson Building Solutions, but will be shifting his focus from business operations to more client-centric project work.

“Steve and I have worked together for years, often crossing paths on projects and in the course of daily industry and business dealings. We also served together on the MCA KC board,” said DeBiasse, who served as general manager of Henderson Building Solutions for the past five years. “He’s always been a respected leader in the industry, and brings a unique perspective to our team that will be invaluable.”

Hancock has a reputation of developing and leading strong teams that are professional, effective, and always put the client first. He has worked on recognizable projects such as T-Mobile Center, KCI New Terminal, HCA Research Medical Center, Bank of America Data Center, and more.

“I’m excited to join Henderson Building Solutions and hit the ground running,” said Hancock. “Henderson is known in the industry for their collaborative approach and great client service. That name and reputation has helped them build a portfolio of nationwide work and a culture with great people. It is exactly the kind of place I want to continue to grow with.”

Prior to his time with U.S. Engineering, Hancock was with Foley Company for 21 years, quickly rising through the ranks from project engineer to buyer, to director of business development and estimating, and finally vice president.